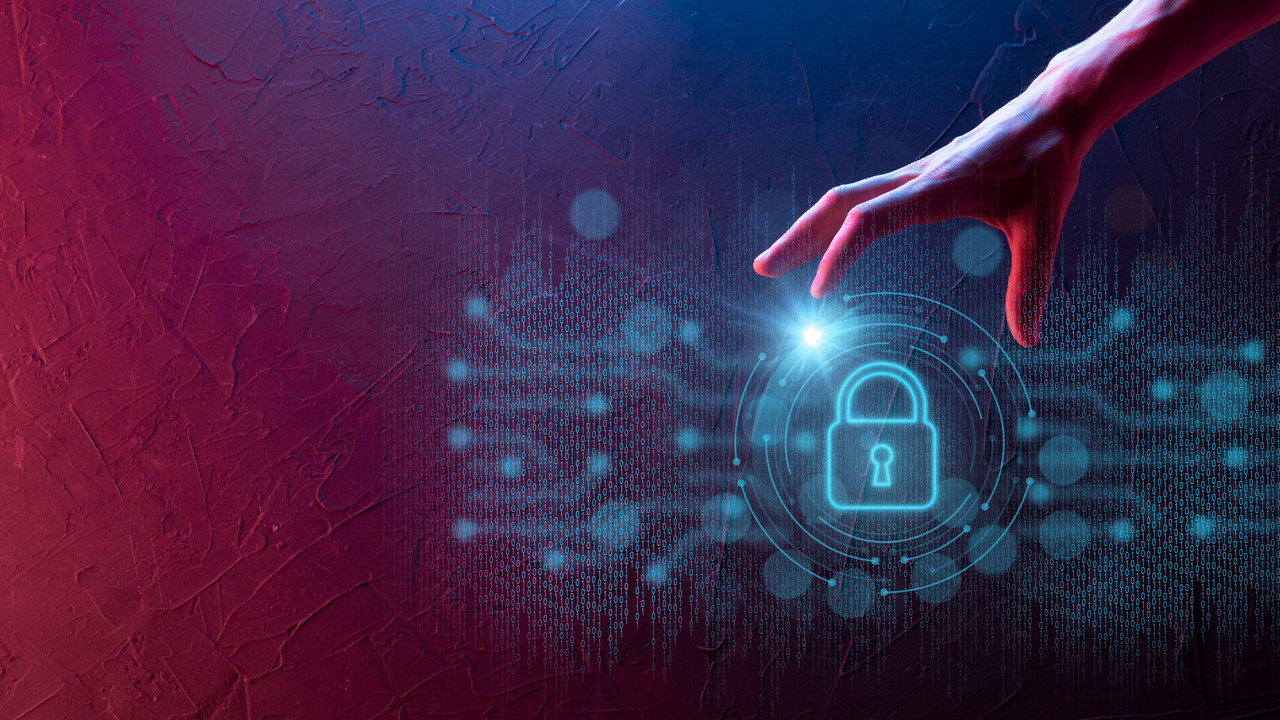 On March 30th, 2022, the leader of the KnownSec 404 team has announced, via Twitter, that his team found a Remote Code Execution (RCE) in the Spring Core framework. In the wild, there are a few similar RCEs in Spring, but we will focus only on CVE-2022-22965 aka Spring4Shell.
As of writing this, there are a few requirements that have to happen for hackers to be able to exploit the vulnerability:


When Spring gets a web request it will translate headers from the HTTP protocol into domain objects. In the process of creating and preparing those objects for a developer context, its protection mechanisms should take care of mitigating the ability that an attacker could control these objects. Since Java 9 has brought changes related to objects, protection mechanisms utilized by Spring were not sufficient. 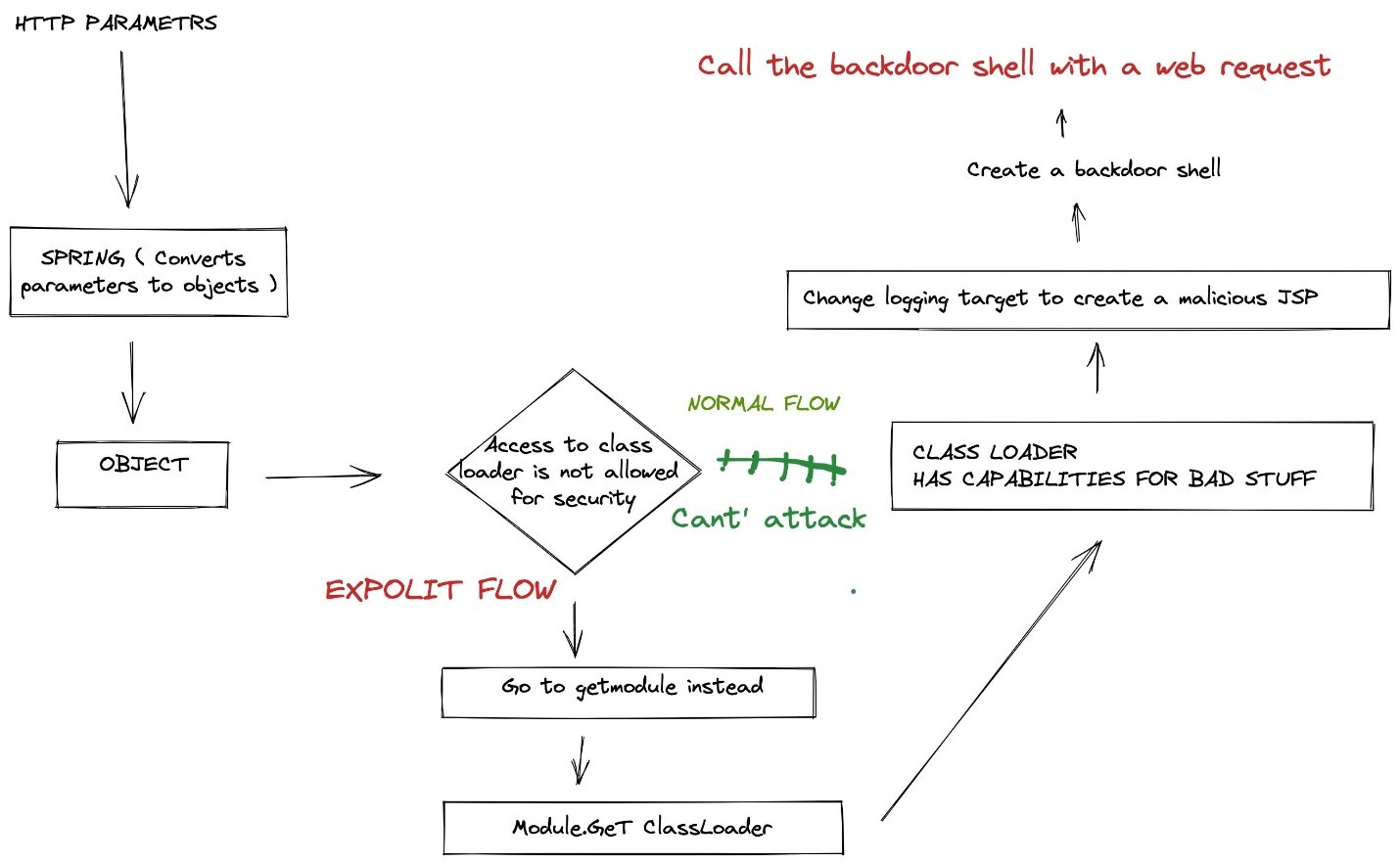 
Let us take one step back and explain the attack flow as simple as possible:


For this trivial exercise, we have downloaded the pcap file from Didier Stevens' blog just because of its simplicity.

The first two steps of the attack flow are shown at a packet level analysis:

We can see the HTTP Post request with a specifically crafted payload in the body of the HTTP protocol because the Content type is "application/x-www-form-urlencoded"; in HTTP logs we will see one giant query string which means if we correctly parse the URI field, then we have a detection opportunity.
Do not confuse this exploit with Log4Shell exploit, because Log4Shell can leverage almost any field in HTTP protocol for exploitation purposes; on the other hand, Spring4Shell does not use explicitly any field, the URI value here is just a result of using mentioned Content Type.

If the server returns "200 OK", it probably means that our server is vulnerable and a web shell is dropped: 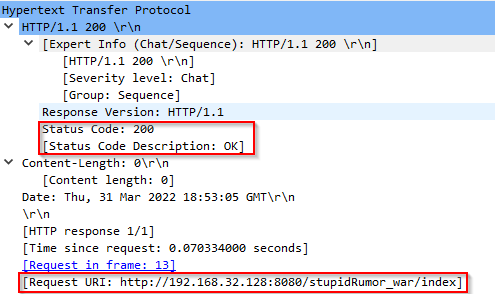 Be aware that other Status Codes like "400" and "302" might also mean that the web shell is successfully dropped.

The third step is all about using Web Shell, we can see the (in)famous "whoami" as the invoked command:

Next, we have a response from the server, returning the value of "whoami" command:


Except traditional, and let's say boring suggestions about system patching (please read the official Spring Blog for more details), we want to emphasize some other prevention and detection opportunities.

On the prevention side we should:

If we have some sort of centralized logging, we could:

As always enforcing good security practices, in general, is a way to go.
Happy Hunting…